My Sunwayman P02A is dead

I received Sunwayman P02A about two months ago and now it’s dead.

A week ago, I was about to visit my parent in law and planed to bring two flashlights for my brothers in law. Before leaving, I performed a quick test to ensure that they are okay. Then I found that the Sunwayman P02A failed to work.

I ran several tests from this tutorial but still no clue. I opened its head to see if the problem on the LED and found something strange. The transparent dome of the LED is pretty soft and peeled off easily when I push it gently with my multitester’s test pin. And yes, the LED is positively dead.

I haven’t test the driver yet, will do it later. 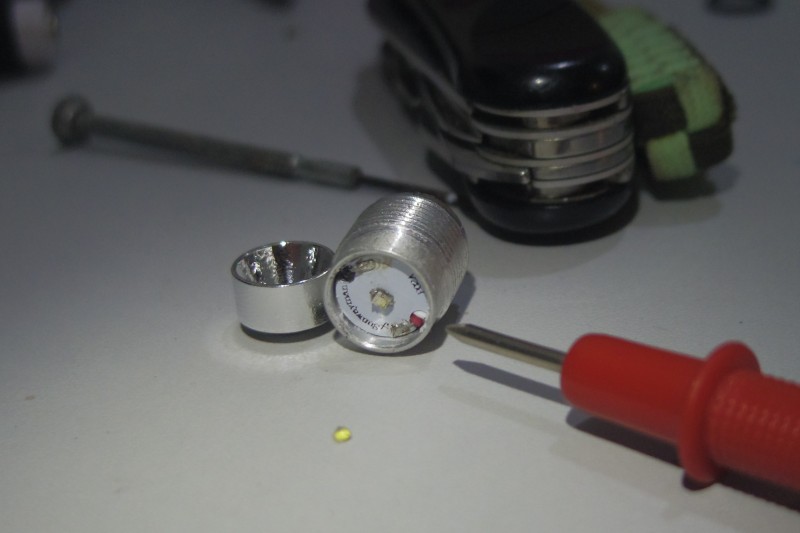 It’s pity to see a –supposed to be– good flashlight but ended dead just within 2 months of minimal use. When looking for this kind of problem at online forums like BLF or CPF, I found some people who experienced the same problem.

I was a fan of Sunwayman when they released Mr. Elfin on market. But now I will wait and see if Sunwayman improve their quality control over their marketed products.