Klarus G20 is a compact search light with tremendous amount of lumens output. It utilizes CREE XHP70 N4 LED chip with a maximum output of 3000 lumens using 26650 battery included in the package.

I received this unit from Gearbest for reviewing purpose and this Klarus G20 been with me for about 1.5 months so I had enough time to play with it. Sorry for the late reviews, it was really busy days! 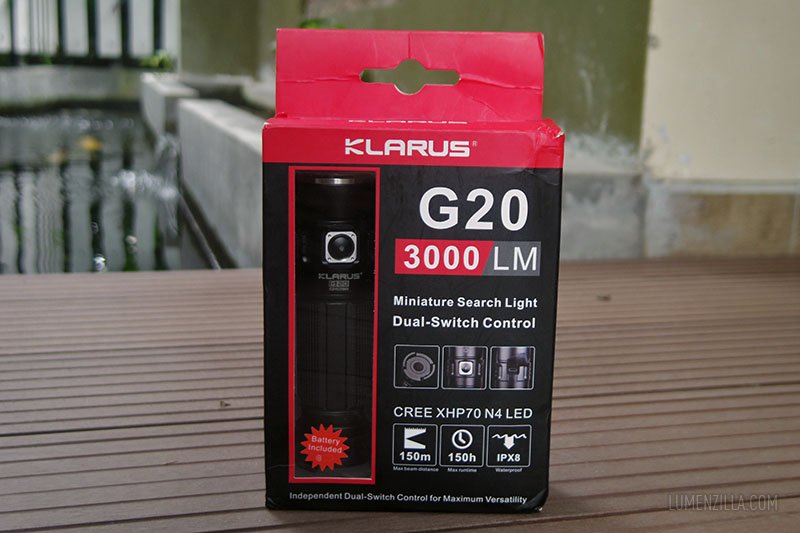 Klarus G20 specifications are printed clearly at the backside of the box: 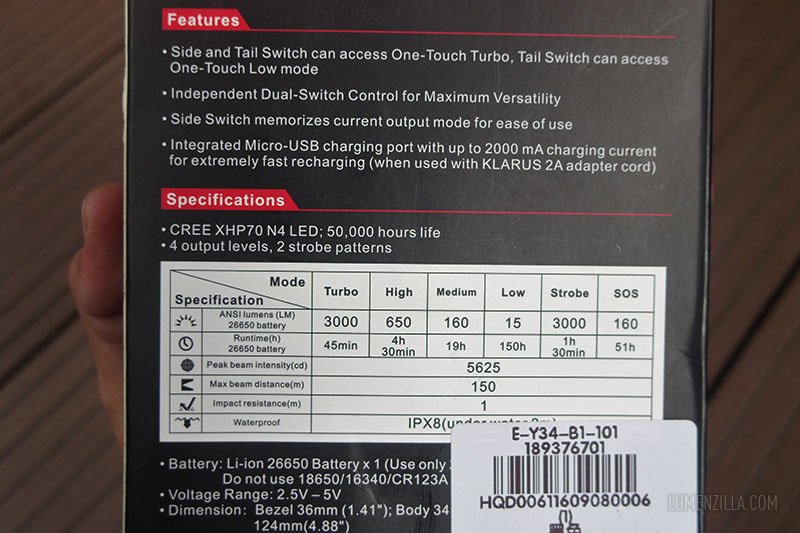 Here’s what to expect inside the package:

Since the dimension is quite big, a holster is the smartest way to carry this light. Although it’s pocketable but put this flashlight inside pocket pants is not a great idea. 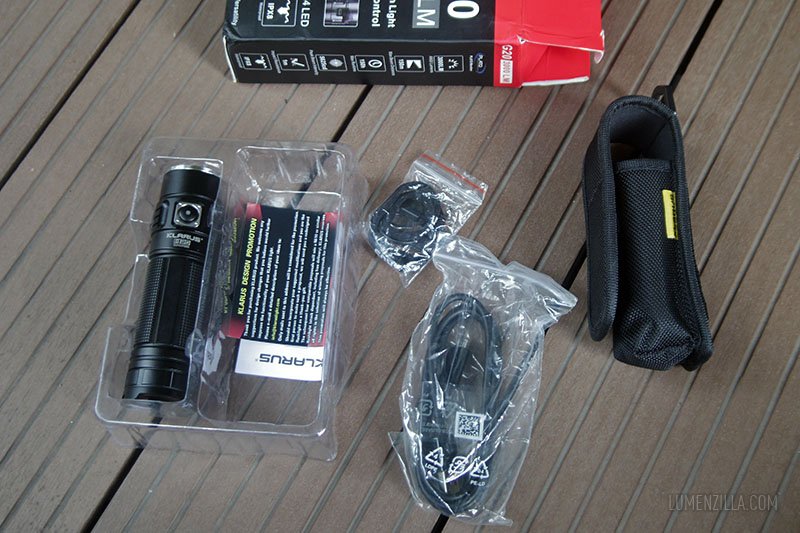 The flashlight dimension is a little big, but it makes sense because Klarus G20 is powered by a 26650 battery (included, 5000 mAh). 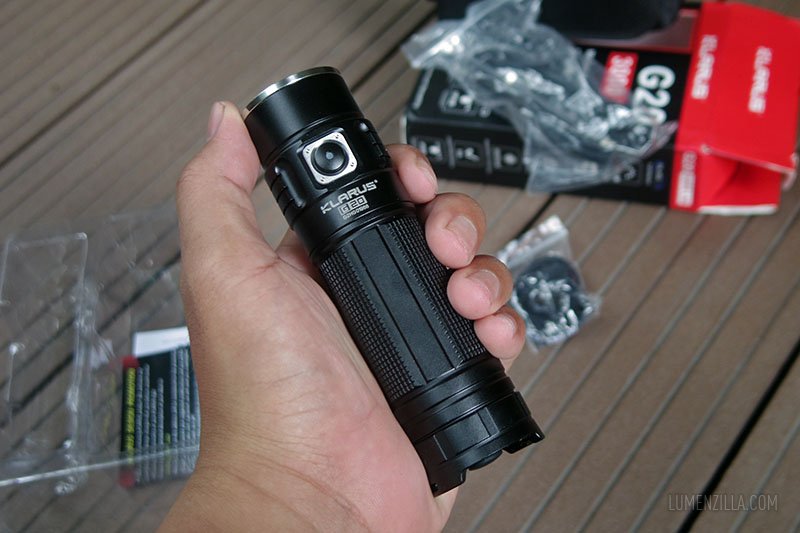 Klarus G20 has two buttons. One at the tail cap and another one at the side of flashlight. 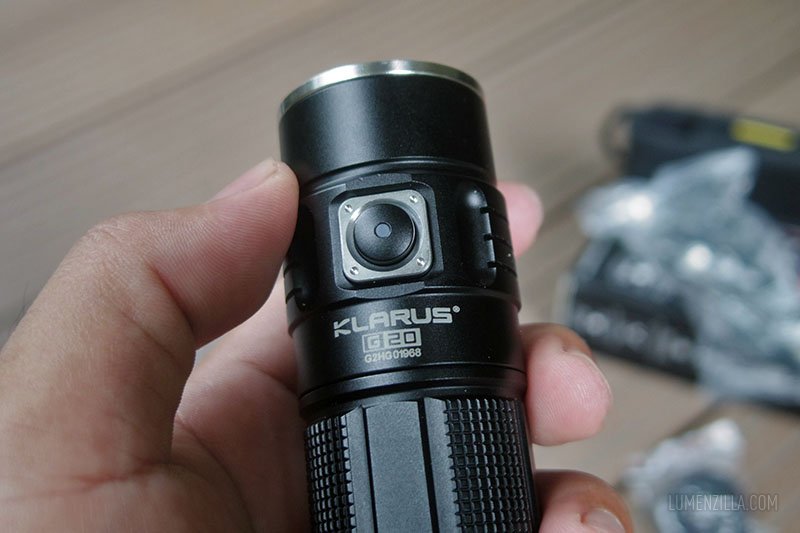 There’s a little LED under the side switch which used as battery indicator. It will lit green when the battery is full, yellow when 50%, and red if the battery is less than 30%.

Despite the amount of the switches, you don’t have to worry about flashlight operation because those two buttons have same functions. You may call it redundant but some people might found it comfortable. 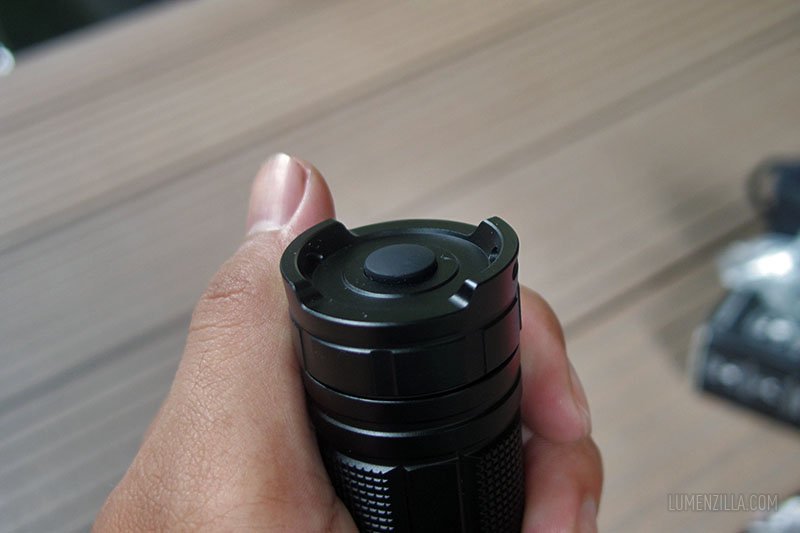 You can also use any micro USB cable to charge the battery. 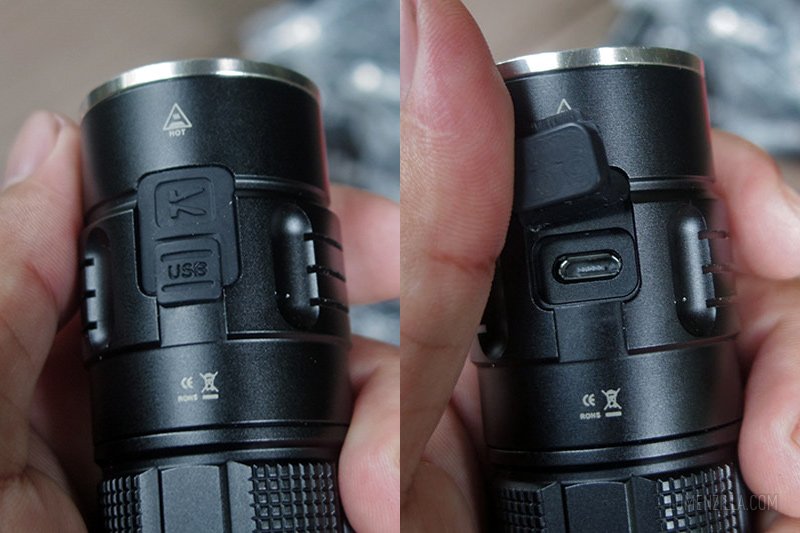 As I mentioned earlier, the battery was stored inside the flashlight. To avoid accidental activation, they insert this insulation plastic that will disable the electric contact between the battery and the head. 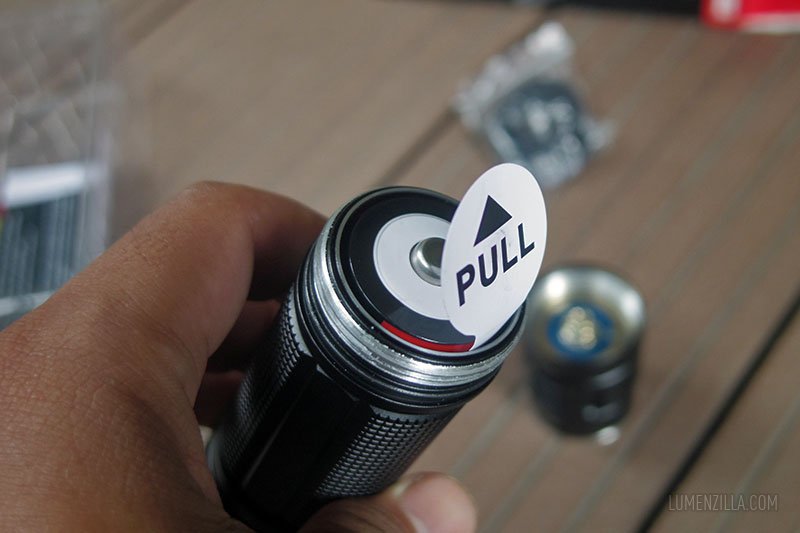 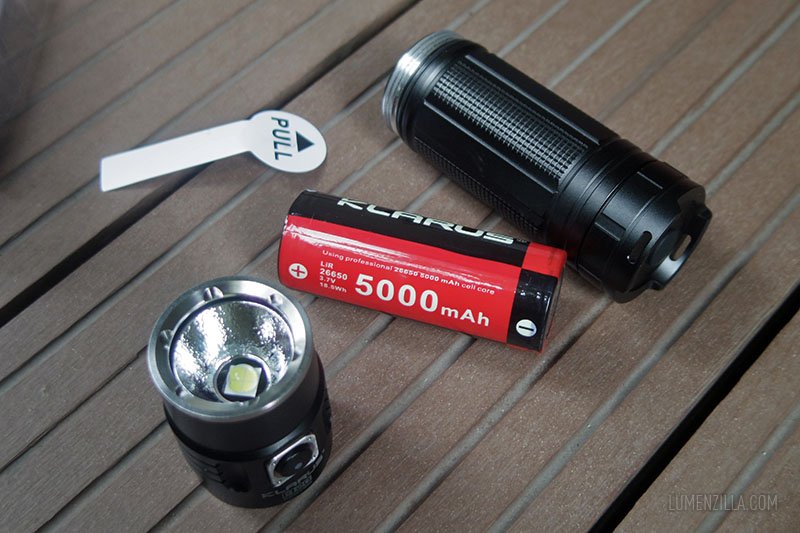 When tried to disassemble the body, I found that there’s a “tube” inside the body.

I don’t know (yet) if this is used to merely deliver current from switch board to the driver or used as spacer to avoid battery rattling as well.

Just click any switch (tail or side switch) and it will be turned on based on the latest brightness level on previous operation. Another click will cycle the brightness level and a long press will shut it off. 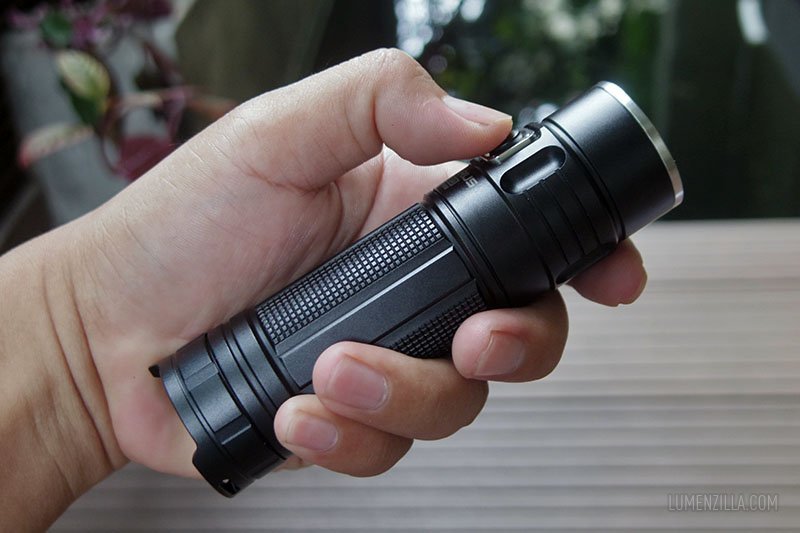 One thing I like from Klarus G20 (as well as on other flashlights) is the shortcut to certain levels.

From off, hold the switch (tail or side switch) to access Turbo mode. It also has strobe mode that you can access by double press the switch from any mode (from on).

Klarus G20 also has switch lock out function to avoid accidental activation on accidental click on the switch.

Hold both tail and side switches for 2 seconds to lock the button. Click any switch 3 times rapidly and the flashlight will blink twice, it means the switch is unlocked.

On the specs, it’s said that with XHP70 N4 LED, Klarus G20 can deliver up to 3000 lumens output using included battery. 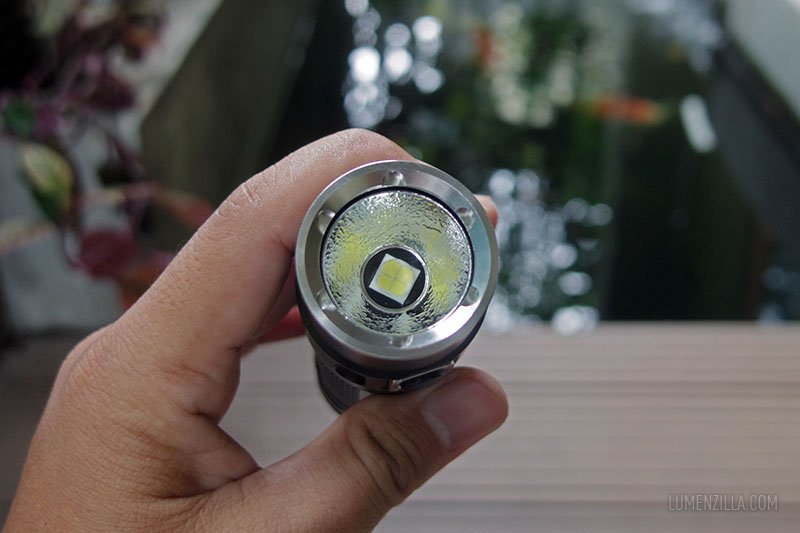 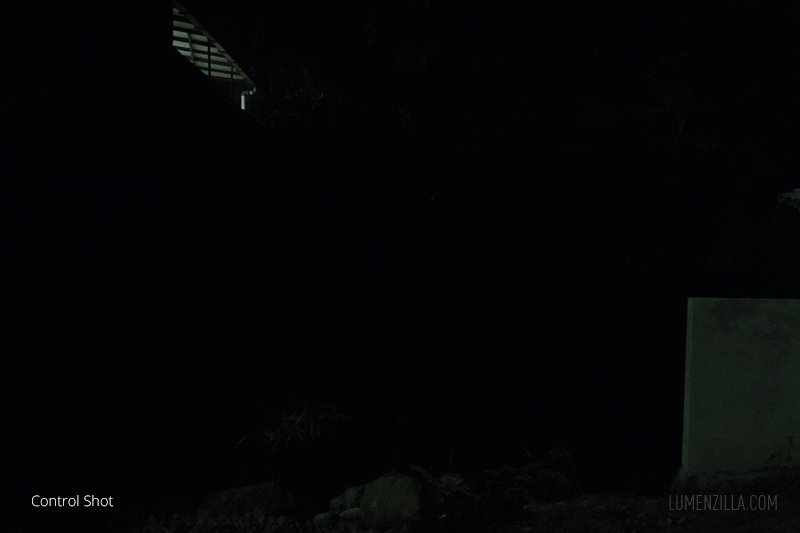 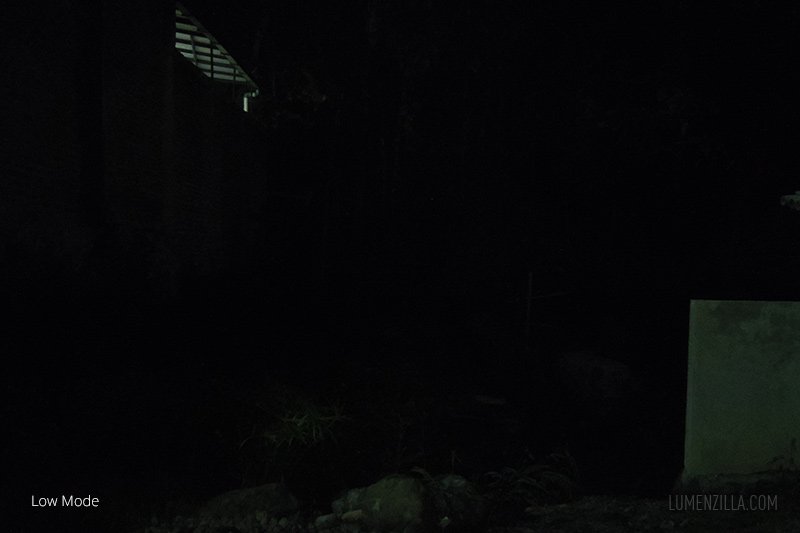 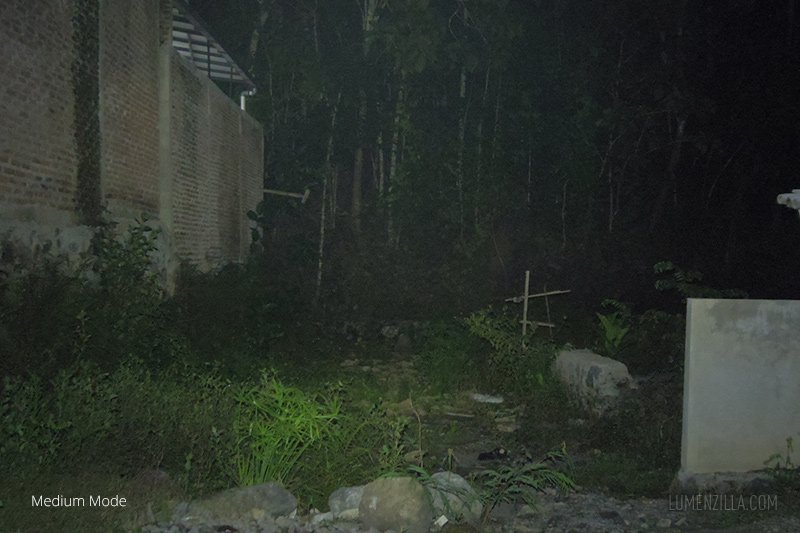 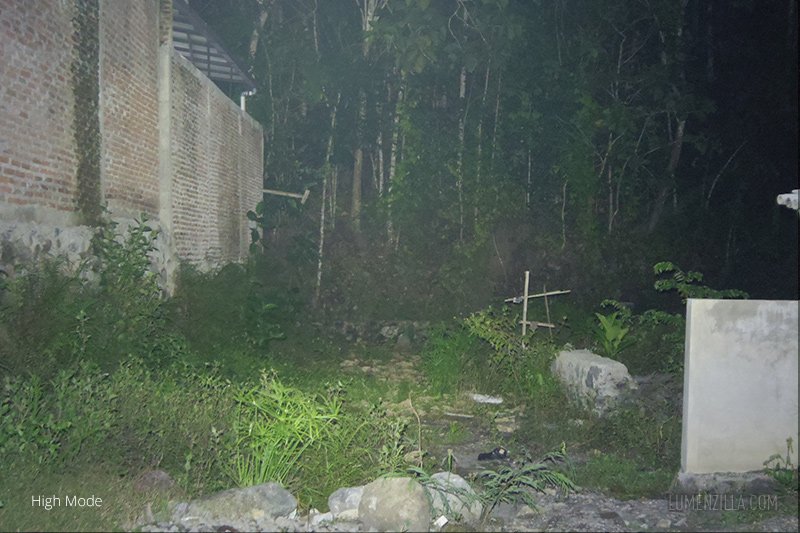 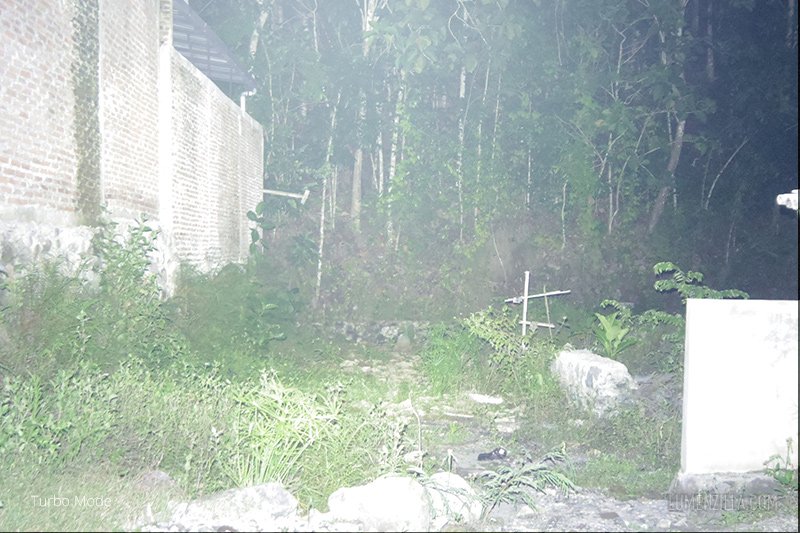 Over all, Klarus G20 is a good search light in a compact size. It perform well, as it should. But I wish the material quality could be improved.

Cons:
– Body material can be improved.
– A bit pricey